WE WILL ROCK YOU –MUSIKAALI 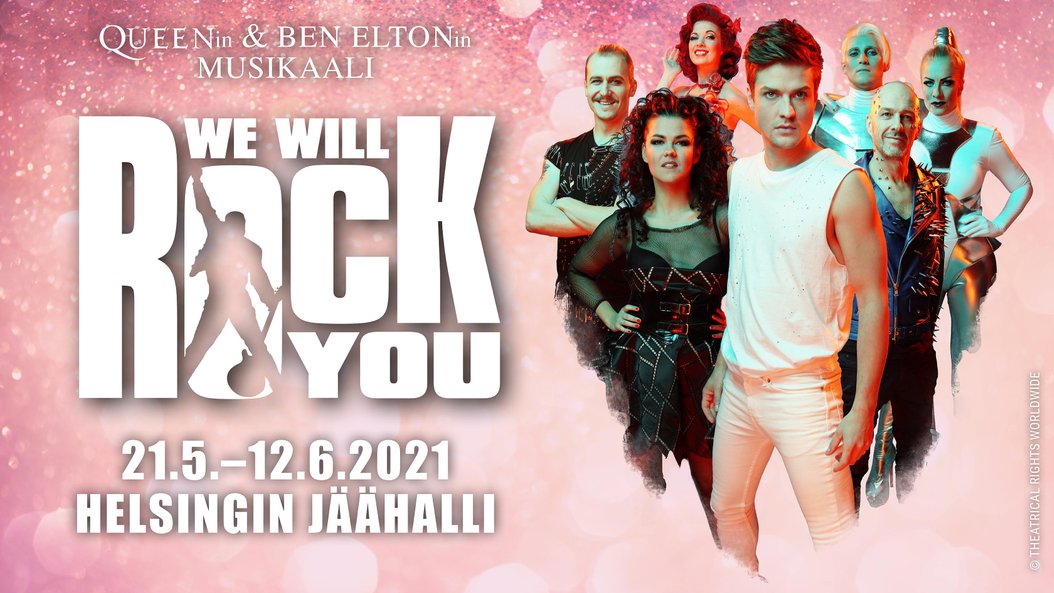 ACE-Production's subsidiary AMFI Musicals Ab is producing the Finnish version of Queen's and Ben Elton's hit musical We Will Rock You, with premiere on May 21st, 2021 in Helsinki Ice Hall.

The musical has gathered some of Finland's most talented artists including Saara Aalto, Laura Voutilainen, Mikael Saari, Jussu Pöyhönen and Lauri Mikkola. Maria Sid will be dericting the musical. The costumes are designed by Teemu Muurimäki.

The 24 Queen's biggest hits in the musical were translated by one of Finland's most well-known singers Mariska. Here's a sneak-peek of the song Kivilinna (Under Pressure) together with an interview with two principal artists Saara Aalto and Mikael Saari.